With over 90% of divisions participating, including students in every grade from kindergarten to grade seven, student  voter turnout here was strong during this snap provincial election. OFr the fourth time, Douglas Road students had a chance to experience the voting process through Student Vote, the parallel election made possible by Elections Canada. 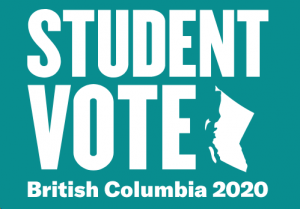 With extra emphasis on distancing and hygeine during the pandemic, we set up a mobile polling station so that students could complete and submit ballots in their own classrooms while our student election officials delivered & collected materials and observed from outside classrooms.  Grade 6 & 7 students from Division 2 acted as deputy voting clerks & scrutineers to monitor our mobile polling stations & election materials as the vote was taking place. Student voters had their names checked on a list of electors and received ballots with the same candidates & parties that appeared on the actual ballots in our electoral district of Burnaby North. In the end, our students cast 139 ballots, and after all the ballots were counted, our results showed a slightly different breakdown of the vote across the different parties compared to the overall results so far for our riding but with the same candidate elected to the legislature. These pie charts show weat & vote counts based on the student vote for the entire province. 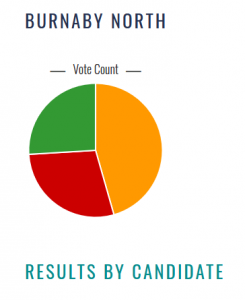 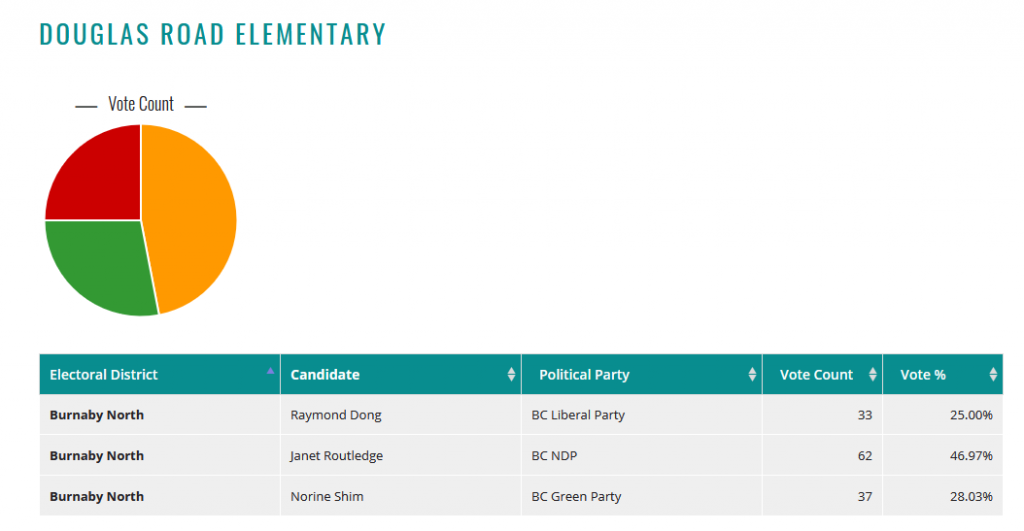 Participating in Student Vote brings additional benefits beyond providing hands-on lessons in civics. Students are much more likely to participate in future elections. They also get a powerful and authentic experience that suppports their understanding of  government, politics, elections and civic duty. Families have reported gaining increased knowledge and engagement in the political process due to their children’s participation in Student Vote, Students also gain confidence while strengthening critical thinking skills.

Lessons in citizenship will continue even though the election is over, and we will look forward to participating in Student Vote again for future elections,